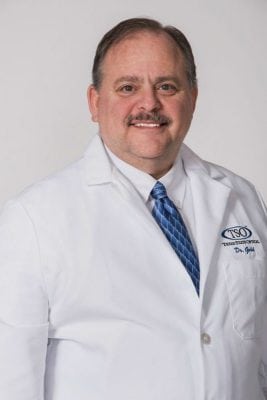 
Dr. Marc Gold completed his Optometry training in 1985 from the University Of Houston College Of Optometry. In 1996 he became therapeutically certified and in 2001 became glaucoma certified. Dr. Gold has extensive training in detecting and treating diseases of the eye. His offices have the technology to allow him to treat eye conditions that only specialists have been able to treat in the past.

Dr Gold was born and grew up in Houston and has been immersed in optometry his entire life. His father is one of the original owners of a Texas State Optical which is still open & has been thriving for 57 years.

Dr. Gold continues to donate his time, as well as glasses to kids in need of visual help. In the last 8 years he has seen & made glasses for over 1000 patients that are a part of the Eye Care for Kids program. He also has a close relationship with the local school nurses, to ensure that all kids have the opportunity to do well in school due to their corrective lenses.

Dr. Gold is happily married to his wife, Syndy, & has four kids. Kyle, in 11th grade, Kelsey, a freshmen in college, Michael a junior at UofH, & Josh, a senior at UofH.