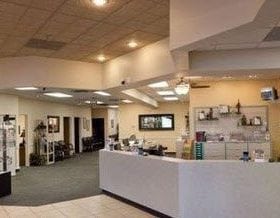 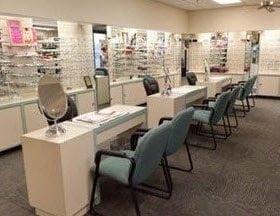 
Optometrist, Dr. Opal Amin, is a graduate of the University of Texas at Austin. She completed her optometric studies along with her Optometric Glaucoma Specialty at the University of Houston College of Optometry, and she continued on to complete a residency in Cornea and Specialty Contact Lenses at the University of Houston. In 2010, she went on to become a Fellow of the American Academy of Optometry. Opal is very happy to be back in Austin practicing. When not in the office, she enjoys music, the outdoors and traveling with her husband, Ishan, and her daughter, Kaylin.

My nephew had broken his glasses and needed to get a new pair. After waiting over a week, we were told the frames had been accidentally broken and we would have to wait two weeks for another pair to be received. We were told he could have another color of frame, but my nephew really wanted the frames he had originally chose. The manager, Vicki, rectified the situation by allowing my nephew to wear another pair of frames until the new pair arrived. We understand that accidents happen and we appreciate Vicki's outstanding customer service in making the situation right.


Capitol Plaza TSO is conveniently located in the Capital Plaza Shopping Center on 35 North at the intersection with 290. Texas State Optical is open 6 days a week.